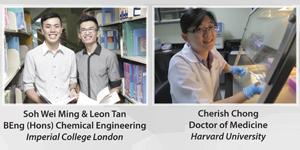 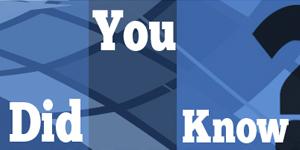 UCSI University has one of the highest ratio of academic staff with doctorate degrees, 27% compared to the average 16% in private institutions of higher learning in the country in 2015. UCSI’s 120-strong chorale is the first university student choir to perform with the acclaimed Malaysian Philharmonic Orchestra (MPO). It consists of a combination of the University’s premier chamber and concert choirs.

The UCSI University Chorale was selected to performGustav Mahler’s Symphony No. 2, widely known as the Resurrection Symphony, with the MPO and world-renowned conductor Benjamin Zander. 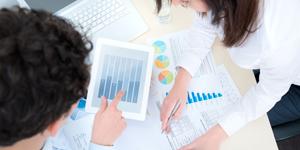 The Society of Actuaries (SoA) has recognised UCSI University as one of its UCAP (Universities and Colleges with Actuarial Programmes) schools. UCSI is officially recognised as a course provider that prepares students for the all SoA preliminary exams.

UCSI is one of only two Malaysian Universities in this selective list. UCSI also provides the most comprehensive SoA exam coverage in Malaysia. 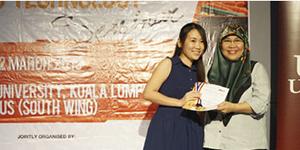 Our MSC Applied Science by Research student, Cheong Ai Mun won the first price for the 9th MIFT Food Science and Technology Seminar held on 21-22 March 2015 with her research into the oil from the kenaf seed plant edging out participants from 13 other public and private universities.

She will now represent the country in competing with some of the brightest minds in the region during the upcoming 14th ASEAN Food Conference. UCSI is the first private institution of higher learning to win this honour. 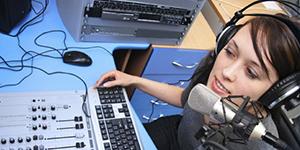 In 2014, 34 mass communication students from UCSI Univeristy were selected to participate in a project with Bernama Radio 24 where they were trained in various roles such as annoucer, producer, and content writer. After four workshops and invaluable feedback from the Bernama Radio 24 team, our students went 'live' on radio in September! 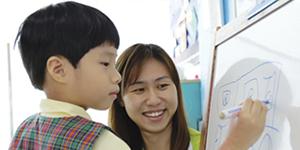 Did you know that you can take your passion for child psychology education to the next level at UCSI? UCSI University is the first private university in Malaysia to offer the specialised Master of Child Psychology programme.

The master’s programme aims to bring out the best in children through courses on topics including child education, child protection and child psychology. UCSI University’s Best Buddies chapter - established in June 2014 - is the only chapter in Malaysia. It is part of Best Buddies International – a US-based international NGO dedicated to providing life-long friendships between students and those with Intellectual and Developmental Disabilities.

Best Buddies has over the past 25 years grown into a vibrant, global movement. Its programmes engage participants in each of the 50 states in United States, and in 50 countries around the world, and positively impact nearly 800,000 individuals with and without disabilities worldwide. 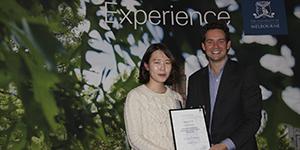 Our UCSI University A-level student, Yoo Sangwon, has been recently awarded the prestigious 100% academic merit scholarship from the University of Melbourne – only 10 of such scholarships are awarded annually to international students from around the world. 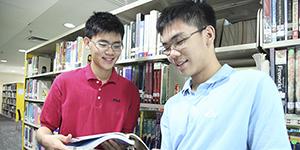