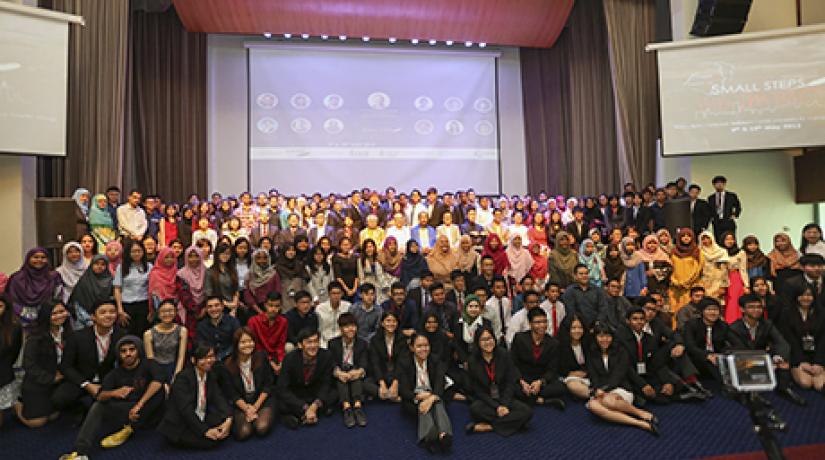 KUALA LUMPUR: The CEO of beverage brand Chatime Malaysia was among the winners announced at the ‘Malaysia’s Top 10 Most Impactful Young Leaders’ awards ceremony organised by UCSI University’s (UCSI) scholarship students recently. 25 candidates were nominated by Malaysian students – between 16 and 25 years old – from government and private institutions of higher learning in Malaysia. The winners – as voted by students – were revealed at the ceremony on Saturday.

Organised under the UCSI Scholars’ Club (U-SchoS’), the awards aim to recognise young Malaysians who have made an impact to the community, region and nation through their profession or contributions.

Held for the third year in a row, previous award winners include Aireen Omar – CEO and executive director of AirAsia Berhad and notable sports personalities such as Dato’ Lee Chong Wei and Datuk Nicol David, who clinched the ‘Malaysia’s Top 10 Most Inspiring Young Leader and Personalities Award’ last year. Bryan Loo, the CEO of Chatime Malaysia was also voted by the students as a winner at last year’s event.

“I am truly honoured to win this award by U-SchoS for two years in a row,” said Loo.

He also praised the event, adding that the theme, “Small Steps. Big Impact” is something that he believes in, as his own company started out as a single store. Today, it serves more than 1.5 million customers annually.

The awards ceremony was held in conjunction with the 3rd UCSI Scholars’ Leadership Lecture Series (ULLS). Themed, ‘Small Steps. Big Impact’, the lecture featured a roster of distinguished speakers, including keynote speaker Senator Datuk Paul Low Seng Kuan, Minister in the Prime Minister’s Department who was also the Guest of Honour. He spoke on ‘The Power of Leadership’.

According to Datuk Paul Low, “Effective leadership is filled with passion and purpose.”

He further added, “Impactful leaders take upon themselves to dig deep and finds solutions to the most pressing problems of their times.”

The lecture and the ‘Malaysia’s Top 10 Most Impactful Young Leaders’ awards also highlighted how giving back to the community is an important component when it comes to measuring success.

“As tomorrow’s leaders, students must know that success is not limited to just the corporate or career world. If they manage to positively impact society and the nation, they too should be celebrated,” said Dato’ (Dr) Hj Mohd Karim Hj Abdullah Omar, chairman (Board of Trustees) of UCSI University Trust.

In this vein, UCSI vice-chancellor Senior Professor Dato’ Dr Khalid Yusoff pointed out that students are capable of achieving great things – both in the corporate sector and in the community – once they set their minds to it.

His views were echoed by John-Son Oei - founder and CEO of EPIC Collaborative, a non-governmental organisation (NGO) that builds homes for disadvantaged orang asli communities

“Young leaders should focus on finding a purpose. That is usually tied to something that is bigger than yourself, and you can give back to the community,” he said.

He added that leadership is about trust, and he dedicated his award to his team and volunteers.

Another winner, Jazz Tan - CEO for Youths Today, a youth development online medium that supports and funds young individuals’ ideas - stated that this event is a great platform to groom the younger generation into having a global mindset.

The enthusiastic response from approximately 300 students from tertiary education institutions all over the country speaks volumes about the event.

President of USchoS’, Suzanne Ling shared, “This lecture series is a small step taken by U-SchoS’ - to inspire all students to start taking steps in creating their own impact.”

“We wanted to organise this lecture and get the influential leaders to speak to not just UCSI students, but all university students because we are hoping that each participant will be inspired by our event and go on to do something great,” said organising chairperson and student, Bernard Chin Kai Yang.

The event was also attended by Dato’ Peter Ng, founder of UCSI University and chairman of UCSI Group.